Do you suppose I’ll see you before a week from today? I surely hope so and Ed tells me that you thought, when you wrote him that it might be possible. I’m going to be listening for your call on the phone any way. Nearly every day Louise says “Mamma DON’T you wish Uncle Myron would come home TODAY?” and even Leslie has learned to say “H’lo Unkie Marn”. You see we are all waiting.

It has been just a wonderful “April” day and I’ve wanted to be out of doors but haven’t had much time as our milk tester came again today and there is not much doing only looking after him while he’s here. Ransom is quite a little better but not well yet by any means. Tonight is the first time he has helped milk in over a week and he is weak too.

Bert is getting better but Grace says he isn’t getting along as fast as he ought to. His throat broke several nights ago but it’s still pretty sore.

It seems as though this ought to be great sap weather. Charlie tapped some trees today and he said it ran good. Don’t know whether I’ll try to make any syrup this Spring or not – – it means a lot of work but the children are crazy for me to. No other syrup tastes like what you make yourself you know.

I’ll try to mail you the last copy of “The Hill News”. Guess I told you I’d send you last week’s copy but had so much to do that it slipped my mind. Did you get the letter I wrote you two weeks ago? I sent a $5.00 check with it — that is the reason I asked. Charlie Pfau’s people say they have enclosed money in letters several times but he has never received it. It’s a shame that he has received so little mail all these months that he’s been over there. I see that Gilroy is at home — discharged — but their baby (a little girl) died before he got his discharge. It only lived a few hours.

Well I have so many interruptions that I hardly know what I have written but when you get home I’ll talk enough to make up.

Hoping to see you SOON, SOONER, SOONEST I am

Phone just as soon as you are in H.F. 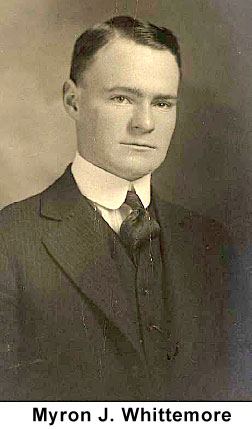 Anyone with input, comments, or interested in a copy of the electronic files of this document please contact