I received your letter yesterday and you know how glad I was to get it. Am glad you are able to be on duty but am also glad that it doesn’t have to be such strenuous duty yet. Are you getting your strength back much yet? Be careful not to over do.

Well we have our new man moved in and settled and so far has proved satisfactory — but of course – “a new broom sweeps clean.” I hope it lasts.

Say, if I commence writing something about “Simple Simon” or “Mary, Mary quite contrary” don’t think I’m crazy — it’s just this, Louise has a book of nursery rhymes here and wants me to say them all the time so I hardly know whether I am myself or “the old woman who lived in a shoe.”

Did you see the new bunch of boys that went in yesterday? Or weren’t any of them in your Co. I’ve thought of them a lot today and I’ll bet it was sort of a blue Sunday for them. One of them Ransom knows — Clarence Davison, son of John Davison of Dunham’s Basin. He was a farm boy and married only something about a year. Another, a Sterns fellow from Kingsbury. He and a brother run a little store up there. I think he is the one that has been out here the last two or three springs on a Sunday to gather may flowers in our woods — with his “lady love.” O well! Such is the ARMY life and I suppose there are a thousand and one such cases.

Ransom was reading in the Glens Falls paper last night that Leslie Wiltsey was now at Camp Devens in the 303rd Infantry. Have you seen him or do you know any thing about it?

I want to tell you that I’m almost mad at you. Jen says you sent her home a sweater to fix. NOW, if you don’t hurry up and tear or wear a hole in some thing and send it to ME to be fixed, I’m going to be J-E-A-L-O-U-S. I don’t believe you think I know how.

You didn’t say anything about coming home in my letter but the rest tell me you think you won’t come just now but will wait and get a longer furlough later. Don’t do it!

Come home just as soon as you can even if it isn’t for long and then perhaps you can get a longer time off later any way. I believe you’ll stand just as good a chance as if you didn’t come now. You haven’t been home at all and we’re seeing in the paper all the while of some one being home. Look how it turned out Xmas time. You couldn’t have come home even if you hadn’t been sick. Speaking of Xmas reminds me. Did you receive a Xmas package from John and Marjorie — of little things — buttons, hdkfa (sic) & such things? Edith asked me if you ever mentioned it but I don’t know as she would want me to mention it to you. It seems too bad though that, if you didn’t get it, you should ‘t at least know they thought of you and sent the package.

Did you ever meet a fellow down there named Newman Mahaffy? He went last fall from Salem. We stopped at his father’s place on one of our rides last fall — they have a nice place just outside of Salem — and his mother was telling us about him and feeling so bad to think he had to go. A short time ago I saw in the paper that he had pneumonia and his father and mother had been down to see him. Since then we have heard that he is “dying of Bright’s Disease.” I hope it is an exaggerated story like your gas.

Well our work seems to be moving about as usual for this time of year. Potatoes partly drawn away — wood chopping commenced and hay and fertilizer to draw yet. In the house it is the same as always — about six months behind. I’ve got my winter sewing nearly done at about the time the THRIFTY house wives have their summer sewing well under way. I should worry! We’ll live just as long and, I THINK, be just as happy.

Well I’ve rambled on for quite a while and at last have reached ONE thing — the end of my letter. “All’s well that ends well.”

As ever you loving sister
Minnie

Ruth wants me to ask you if you got her wash cloth she sent in one of my last letters. 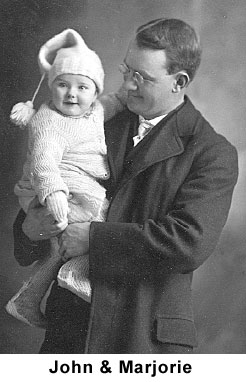